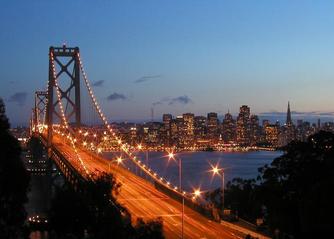 ​The Voiceless International Film Festival sheds light to those films who have been ignored by general media and public television.  VIFF provides a voice of the voiceless through film, while creating a way for filmmakers to share their work to greater audiences.   All of our films that will be screened are representing unheard voices from across the world.

VIFF will take place in sunny California's San Francisco Bay Area for 2020. San Francisco is a popular is  known for its cool summers, fog, steep rolling hills, eclectic mix of architecture, and landmarks including the Golden Gate Bridge, cable cars, the former prison on Alcatraz Island, and its Chinatown district.

The epicenter of the Bay Area, Oakland CA known for national recognition as a travel destination. In 2012, Oakland was named the top North American city to visit, highlighting its growing number of sophisticated restaurants and bars, top music venues, and increasing nightlife appeal.  Oakland also took the No. 16 spot in "America's Coolest Cities,".   In 2013, Oakland topped the No. 1 spot in "America's Most Exciting Cities," notably having the most movie theaters, theater companies, and museums per square mile. *